What is the difference between a modified and pure sine wave inverters? Looking into the inverters available on the market, you probably found out two models:

The previous section of this article has already outlined that a pure sine wave inverter will deliver the highest quality of electricity, similar to that provided by your utility company. As it is named, the current has a perfect sine wave shape with a stable frequency (50/60Hz) and output voltage (230V).

On the other hand, a modified sine wave inverter uses rather cheap electronics to produce a “pixelized” wave. The wave is made of small steps rather than a continuous curve. It is like an approximation of a sine wave. 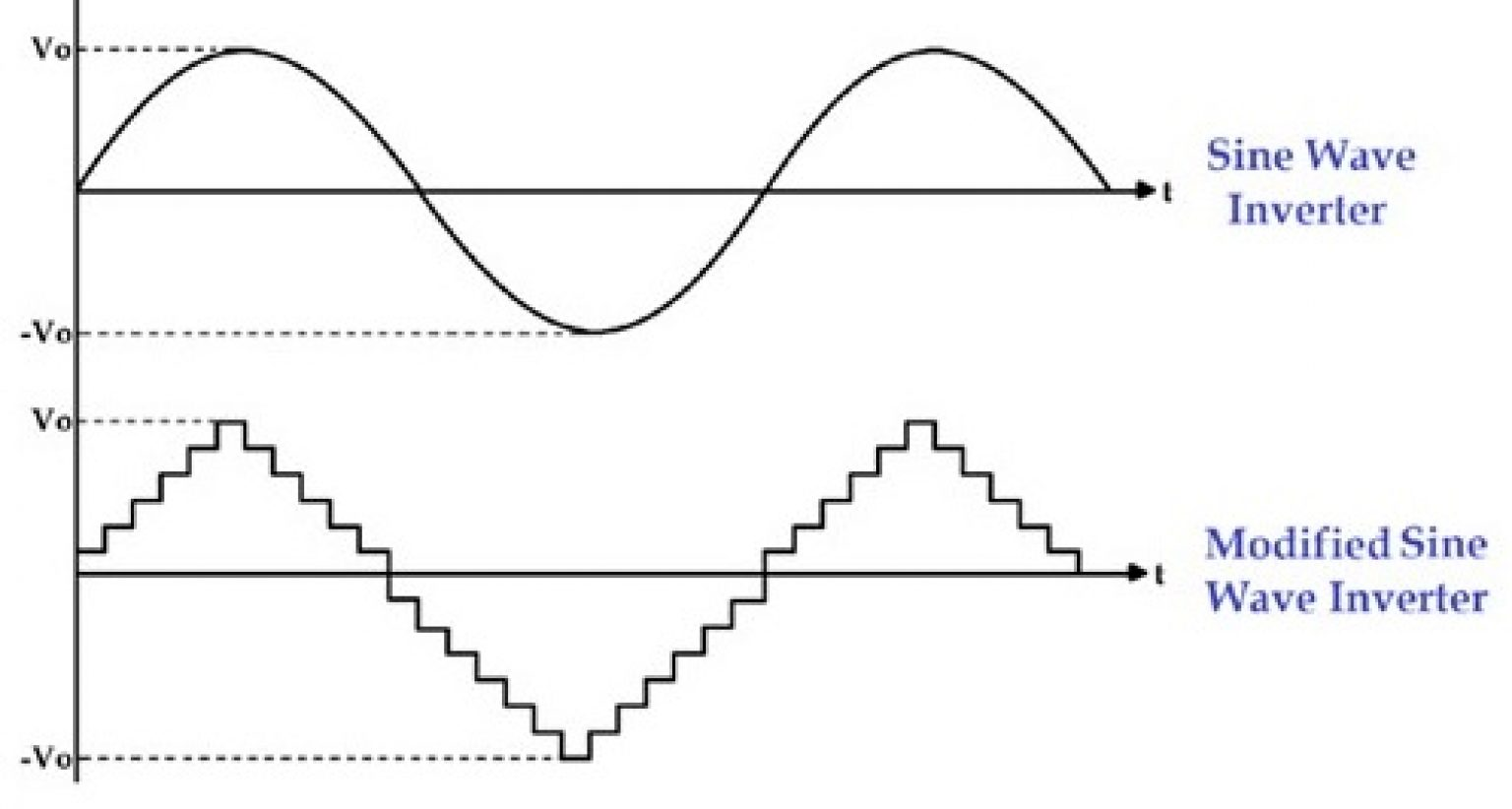 When a UPS system receives power and frequency from the AC line that is within an acceptable range, it will not do anything to correct it. The incoming utility power is typically a pure sine wave and this is what connected equipment expect.

However, if the UPS system detects a power disturbance such as a blackout, over- or under-voltage condition, or frequency change, it will use it’s battery to correct the condition and restore clean power. It is only when on battery power that the sine wave becomes a consideration. pure sine wave UPS

The same cannot be said of a modified system, which produces a stepped approximation to a sine wave when on battery. Its output is choppier and provides equipment with a less stable output waveform.

It’s important to understand that both types of UPS system produce true sine wave output more than 99% of the time. It is only during a power failure, when the UPS is producing power from its battery reserves, the output waveform is a concern.

First of all, don’t throw away your modified sine wave inverter too quickly. Although the output current is not of the highest quality, it can still be ok for some applications with no sensitive electronics. For example, electric heaters or water pumps. However, their efficiency will be reduced and they might overheat.

That said, almost all other appliances and electronic equipment will require a pure sine wave inverter. In addition, if your inverter is connected to the grid (like in many solar installations) you absolutely need a pure sine wave.

A pure sine wave inverter will run your appliances smoothly like if they were connected to the utility grid.

Below you’ll find some common appliances and electronic devices that would only run with a pure sine wave inverter:

For all the reasons mentioned above, it is recommended that you purchase a modified sine wave inverter only if you are on a budget and are not concerned about the efficiency of your appliances.

When You Can Use Modified Sine Wave Inverters?

Modified sine wave inverters are usually the least expensive sine wave inverters, as they create a type of sine wave that’s easiest to produce. Their polarity rapidly switches from positive to negative, which creates a waveform that is more like a square wave than the rounded arc found with the pure sine inverters.

Devices you don’t want to try to run on modified sine wave inverters include:

Motors, along with devices and appliances with motors, like fans, refrigerators, microwaves. The lower efficiency of the modified sine inverter will cause the motors to require too much power to function, overheating or damaging the unit.

Any appliance with digital clocks or electric timers will not operate properly, with the clocks and timing devices often getting their power from the peak of the sine wave. The flattened wave pattern doesn’t provide the peak they need, and it can cause malfunction.

The same type of issue arises with equipment that use electric temperature controls or variable speeds. A variable speed drill, for instance, may only run on high or low speeds with a modified sine inverter, rather than all the speeds in between.

Certain fluorescent lighting devices will not operate as brightly, and others may make annoying buzzing or humming noises.

Unless you have equipment that specifically falls into the exceptions, modified sine wave inverters can provide a cost-effective option for many devices. They’re also the most common and popular inverters on the market.

Why Are Pure Sine Wave Inverters So Expensive?

Therefore, for a similar wattage output, it could be 2 times more expensive than a modified sine wave.

Pure Sine Wave Inverters Are Preferred For Many Electronics

Pure sine wave is always needed for a grid tie system. It is generally needed for newer LED TVs, CFL light bulbs, and inductive loads like brushless motors. Clocks and audio equipment will behave much better on a pure sine wave.

Once the charge controller has charged up the battery bank, the off-grid inverter converts the 12, 24, or 48VDC battery bank to AC voltage. The AC output depends on your requirements. In North America, most residential and business use is 120V single phase.

Homes will often use 240V split phase for larger loads such as a clothes dryer, well pump, and electric stove. Commercial buildings that use a lot of power will generally have 208V or 480V 3-phase delivered to the building, and it is then broken out to 120V when sent to the outlets.

Depending on how you wire the output of the inverter, and which inverter you get, you could have both 120V and 240V as an output. You need to determine what your loads require, and select and configure the inverter accordingly.

When selecting an inverter, you must determine what your maximum wattage draw will be if all of your appliances that may be on at the same time, are on. If you have an 800W well pump, a 100W fridge, five 10W lights, and a 50W laptop, you need to add the wattages together to get at least a 1,000W inverter.

You also have to make sure the inverter is able to handle the surge as motors turn on. For example, if your fridge and well pump both turned on at once, the surge could be three or four times the rated wattage. You must be sure the inverter can handle that. Inverters are rated in both continuous wattage and surge.

Additionally, you need to select the battery bank size and select the inverter to match. Inverter voltage is not field selectable, they are either 12V, 24V, or 48V, they cannot do all of them, just one. 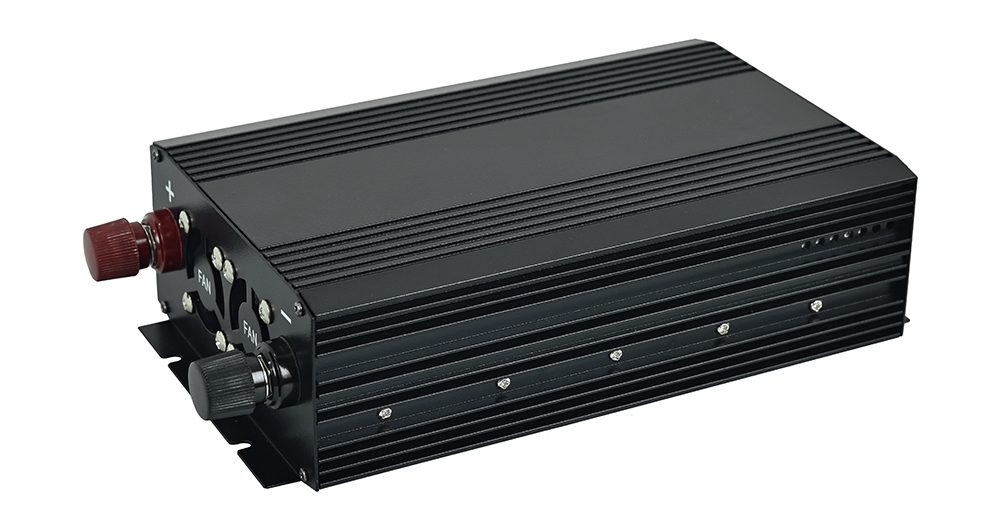 This article demonstrated that there are two types of inverters: modified sine wave and pure sine wave.

Pure sine wave inverters are made of high-quality electronics and are highly efficient in providing electric current with the same characteristics as your utility company. They will not damage your appliances or overheat them.

On the other hand, modified sine wave inverters, are cheaper, but less efficient and cannot run all types of devices.

In the end, there is no doubt that a pure sine wave inverter is a great investment – it will preserve your electronics and save you a lot of money, over time.

Visit our website to learn more about pure sine wave inverter or please leave information to us.

上一篇： How Does A Pure Sine Wave Inverter Work?